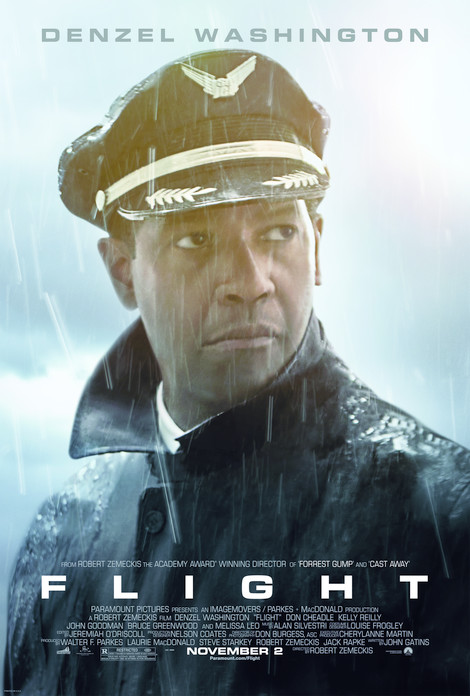 Denzel Washington, arguably one of the greatest actors of all time has hit it out of the   park once again. The metaphors are high and the reality is low in the tale of addition and control. Airplanes off apart just as the soul of Denzel’s character, Whip, is spiraling out of control.

Everything in Flight is done with dark grace and respect. How could it not with Robert Zemeckis behind the camera and Mr. Washington out in Front. Roger Ebert said, ‘it’s effective here how his performance never goes over the top but instead is grounded on obsessive control. There are many scenes inviting emotional displays. A lesser actor might have wanted to act them out. Washington depends on his eyes, his manner and a gift for projecting inner emotion. In the way it meets every requirement of a tricky plot, this is an ideal performance.’